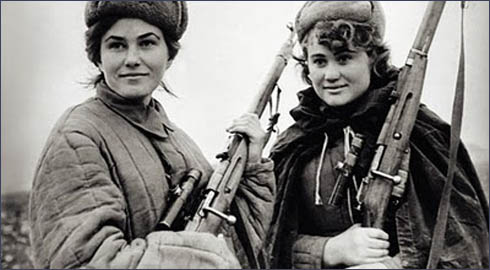 To the haunting question: “Why didn’t Jews fight back?”
This film will answer: “They did.”

While dramatizations like Defiance and Inglorious Basterds have come out of Hollywood, there is a true story that urgently needs to be told. FOUR WINTERS will tell it, revealing through a new lens, an alternative portal through which to explore and understand the Holocaust. This new documentary film tells the story of those courageous Jewish fighters who, against unimaginable odds, fought back fiercely against Hitler’s war machine as it raged across Eastern Europe. 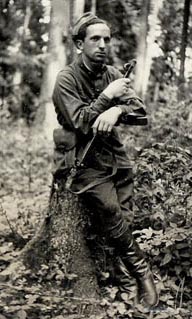 In Their Own Voices

As we approached the 75th anniversary of the onset of World War II, we had one last chance to film the stories from those who lived this history. These interviews with the last living Partisans are the centerpiece of this film. By also using personal photographs, letters, journals, rare archival film footage, historic war records, photographs, and artifacts shared with the filmmakers from Partisans’ personal collections, the documentarians weave together many strands to tell this layered story that shatters the myth of Jewish passivity. The film illuminates the many ways in which Jews resisted the Nazis -- and celebrates the soulful bravery, cleverness, and leadership, of the Partisans.

“Our history must not contain only tragedy. We cannot allow that. It must also have heroic struggles, self-defense, war, even death with honor."

“This is the final hour if we are to make a film with the actual participants in the Partisans. We are losing Holocaust survivors day by day."

Professor and Founding Director of the U.S. Holocaust Memorial Museum

Julia Mintz, Dan Sturman, Tricia Reidy, along with a distinguished board of advisors bring a depth of experience and a passion to the subject that ensures an outstanding and historically accurate documentary.

“It was inevitable that we would die but death would come on our own terms."

Other websites of interest

“A partisan, by definition, is a fighter who sabotages an occupying army. The Jewish partisans waged guerrilla warfare against the Nazis, but much more importantly, they defied the extermination of their people, their culture, and their religion, fighting to preserve the memory of their past and the possibility of their future.”

"Far too often, and for too long, the story of Jews who resisted the Nazis has been lost within the larger re-telling of the history of the Nazi’s efforts to exterminate European Jews... later generations deserve to know this history." 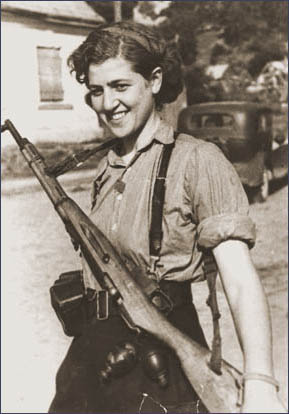 "This...issue has taken on greater importance because young people today must learn to distinguish between resistance fighters and terrorists. There is an absolute moral distinction between them.... I only chose to get involved with one or two outside projects, but I am most enthusiastic about this one because it is truly important."

"I believe that your film will play an important role in Holocaust education. It will serve as a terrific teaching tool about responses to genocide. It will also tell a story largely absent from the archives. The story of Jewish Partisans simply must be told. I look forward to working with you on this fascinating documentary."

Professor of History at Amherst College